Our farm had to evict people: It was lawful and justified

I was astonished to read in GroundUp that Francina Petersen, who had worked on our farm, Anura Vineyards, as a more absent then present bottle packer for five years and was dismissed for chronic absenteeism, “helped build the farm into the multi-million rand enterprise that it is today, boasting a winery, cheese factory, beer brewing, jam-making, wedding venue and restaurant”. 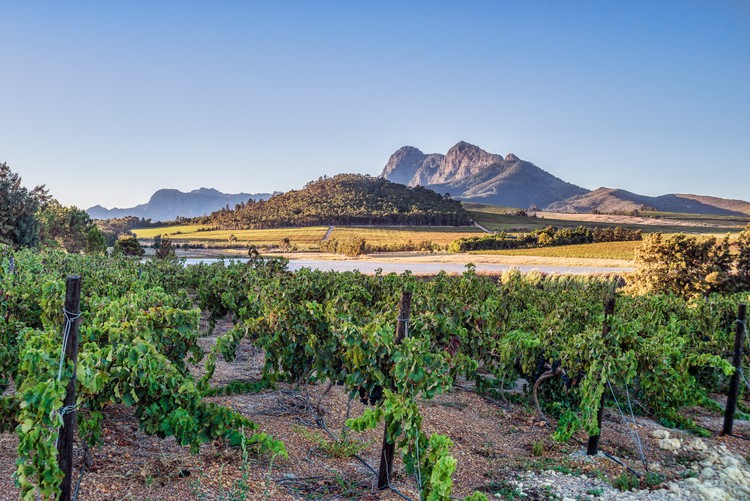 The author, one of the owners of Anura Farm in the Cape Winelands, writes that a high profile eviction was done lawfully and justifiably. Photo supplied

I’m afraid Francina Petersen is not exactly truthful here. Perhaps because she is a tad jealous of her husband Chris who is the true entrepreneur of the Petersen family. Chris and Francina’s father, Marthinus Cupido, were arrested and charged with theft of diesel, which they were allegedly reselling on the farm.

I’ve no doubt that Barbara Maregele’s heartbreaking story of another victimised, vulnerable farm worker tossed on to the streets with her children would have even your most hardened reader reaching for the tissues. But they’ll be pleased to know that underneath Francina’s tearful exterior there is a steely resolve.

Francina told the Sheriff, in no uncertain terms, that she did not want to be taken to the alternative accommodation provided by me in La Rochelle but wanted to be dumped on the street outside our farm. This was so that she could get the maximum amount of media publicity. You have to admire her. She was prepared to camp outside, night after night with her husband and children for the greater good of the Petersen family.

But she was not alone. The community led by Carmen Louw of Women on Farms rallied around her “angered by yet another family on a farm left destitute by an eviction”. Some, of course, may argue that Chris Petersen’s substantially higher salary in the construction sector as an earthmoving operator doesn’t exactly qualify him as destitute.

Women on Farms’s director Colette Solomon, who is no slouch when it comes to exaggeration, claims that “they were concerned that the farm owners were trying to evict the rest of the Petersen’s family including her father and brother”.

In fact, Marthinus voluntarily moved off our farm two years ago and lives with his daughter in Klapmuts. He worked for Anura from 1989 to 2014 and on that basis Anura provided him with a house. His belongings remain undisturbed in the house as they did two years ago when he left the farm and moved to Klapmuts. Her brother, Jonathan, is still working on Anura.

In accordance with the rule of law in which — astonishingly, not only the farmworker but the farmer has rights — the Paarl Magistrates’ Court and Land Claims Court weighed the evidence and competing rights of the Petersens and the Boumas and granted an eviction order against the Petersens on 15 October 2019. This gave the Petersens just under four months, until 7 February 2020, to find alternative accommodation.

The Petersens, in accordance with their contractual agreement, which gave them a house as long as they were employed on the farm were evicted (after refusing to move out) to accommodate farm workers who are currently employed on the farm, and who are in need of housing.

Lance Bouma is one of the owners of Anura.

Views expressed are not necessarily GroundUp’s.

Some links added by SD Law.

There are two sides to every story, as this article shows, and at SD Law we are expert eviction attorneys who weigh up all the facts, on both sides. We are eviction lawyers in Cape Town and Johannesburg, and we believe the landlord-tenant relationship should be built on trust. We act for both landlords and tenants and uphold the rights of each to a fair and satisfactory tenancy. If you  need help with an eviction, either as landlord or tenant, contact Simon at Cape Town Eviction Attorneys on 086 099 5146 or email sdippenaar@sdlaw.co.za.

How to evict a tenant without a lease

How to evict a tenant without a lease