CAPE TOWN – Judgment has been reserved in the City’s appeal of an interim interdict granted by the Western Cape High Court last year, which prevents it from conducting evictions and demolitions of occupied and unoccupied structures during the National State of Disaster.

The matter before the Supreme Court of Appeal (SCA) stems from the public eviction of a naked Bulelani Qolani from his Khayelitsha home in July 2020.

The Legal Resource Centre (LRC), representing the respondents in the matter who include the South African Human Rights Commission (SAHRC), the Housing Assembly and Qolani together with Mfuleni residents and the EFF, said: “Our clients opposed the application. Their position has mainly been that the interdict was appropriately granted by the Western Cape High Court as the facts and circumstances warranted the application.”

The City meanwhile said they could not yet comment.

“The City has no comment on the matter as judgment has been reserved and will comment once the court delivers its judgment.”

Counter-spoliation relates to the legality of landowners’ right to forcibly take possession of their land from invaders without a court order.

The LRC said this case was important for many reasons, among them being that it “hones in the importance of judicial oversight and access to courts to the most vulnerable people in our society.”

“The eviction of Bulelani Qolani from his home in July 2020 displayed in full the horror of homelessness in Cape Town and its associated precarity. It is clear to anyone who watched the video that the eviction of Mr Qolani – in the midst of a pandemic that required people to stay home – that the actions of the City clearly conflicted the legislation around evictions, the moratorium on evictions, the regularly gazetted Disaster Management Regulations and do not conform with their Constitutional duties. These actions emphasised the crucial need for judicial oversight in any eviction,” the organisation said.

Family of 10 sleep in community hall after ‘unlawful lockdown eviction’ 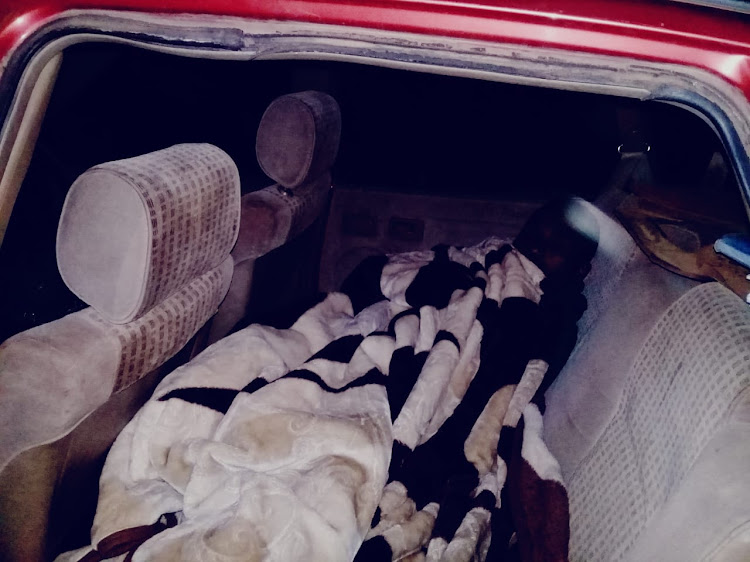 Elias Mtolo lived in a car with his wife before the family sought shelter in a community hall. Image: Supplied

A family of 10 faces imminent eviction as they squat at a hall in Vanderbijlpark, south of Johannesburg, after being evicted during level 4 of the lockdown.

Elias Mtolo and his wife Maheneng spent three days sleeping in an old car while their eight children were squashed into a small shack, after the house they shared on a plot was demolished by his employer, who is now nowhere to be found.

A court ruled at the weekend that they should not have been evicted.

Mtolo and his family sought shelter at the community hall on Friday.

“I was sleeping in a car with my wife while my children were sleeping in the small shack that I put up with the small material that was left from what was demolished,” he said.

The 45-year-old said he started working for his employer in March 2000.

“I was taking care of his cows and sheep on his farm. In 2010 he told me that he is no longer going to use the farm, then he moved me with my family to Vanderbijlpark on his property.”

The man worked at his boss’s ice company and, later, at his supermarket.

Mtolo said on June 16, his employer arrived with policemen to tell him that all tenants, except him, must be off the property because it had been sold.

“But they told me that I was excluded and that I will move to his new property temporarily until he finds me my own permanent house,” he said.

He said on June 24 police returned, telling him to move off the property.

“I was surprised by the policemen, who came back to threaten me. On July 6, early in the morning, he came with [vehicles to demolish the house and] he told me that I must move out my furniture and he will break the house down. I moved my furniture out, then he ran away and never came back.” 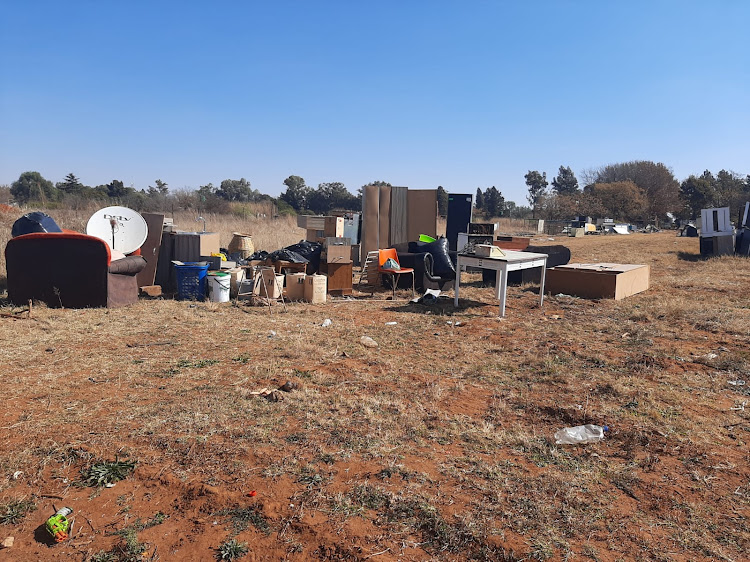 Elias Mtolo said he hasn’t received any communication from his former employer since they were evicted.
Image: Supplied

Mtolo’s youngest child is not yet two, his oldest is 23.

“My children are not fine, I am also not fine. We are heartbroken. My wife is also heartbroken. Our spirits are down.

“The two who are doing matric couldn’t read properly after what happened. They could not focus,” he said.

An attorney at Marweshe Attorneys Inc, Tony Mathe, working with his colleague Mabu Marweshe, made an urgent application in the Johannesburg high court on Friday evening, with the matter heard on Saturday.

The application — which sought to, among other things, have the eviction and demolition of the property declared illegal and unconstitutional and have the employer provide temporary shelter or accommodation to the family immediately — was granted by the court.

Mtolo, however, said he had not yet heard from his former employer.

Mathe said the conduct violated level 4 regulations, which were clear that no evictions may take place during this period.

“This also is a direct violation of human rights and the constitution of SA, which is clear that everyone has inherent dignity and the right to have their dignity respected and protected. Further violation is [of] the Children’s Act, which was formulated to protect the rights of the children,” he said.

“The man has not contacted us, which means he is not willing to comply with the court order. We are getting ready to go back to court urgently, as our clients are still in a community hall facing imminent eviction,” he said.

This eviction is a clear breach of regulations under the Disaster Management Act. SD Law is a law firm in Cape Town and Johannesburg with specialist eviction lawyers. If you need advice on lease agreements, evictions, or other aspects of landlord-tenant relations, contact Cape Town attorney Simon Dippenaar on 086 099 5146 or email sdippenaar@sdlaw.co.za.

Tenants evicted for unpaid rent. In our blog we have covered the lockdown rules at some length, particularly as they pertain to evictions. Although an eviction case can be commenced under level 3 regulations, no eviction orders may be executed. Yet some landlords are not behaving within the law. Given the very cold conditions experienced in Gauteng at present, and the rapid increase in COVID-19 infections, this is particularly irresponsible and uncaring social conduct. 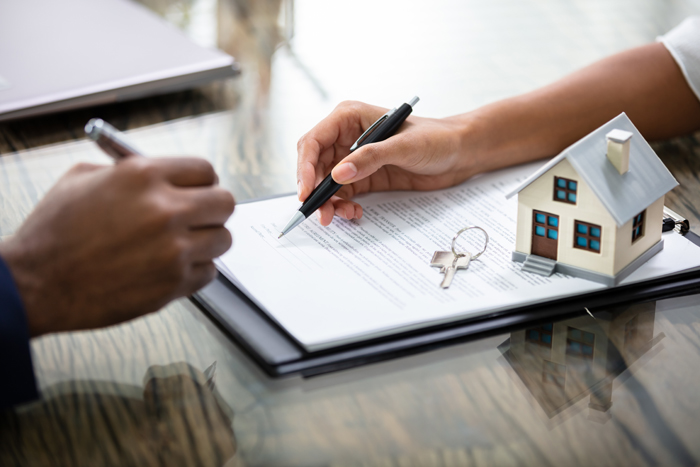 Residents say they are being intimidated by their landlord. Image: 123RF/ANDRIY POPOV

Residents of Bramley in Johannesburg are scouting for homes after their landlord evicted them because of unpaid rent. The tenants are mostly foreign nationals and restaurant workers and bartenders that do not receive much of an income during lockdown.

The tenants alleged that they were victimised by the property owner weeks before the eviction because of not being able to afford rent.

“My wife was forced to write a letter saying that she is moving out voluntarily out of the premises, and was threatened to sleep in the room with two men,” said Caswell Chauke.

Chauke said he went to a funeral and when he came back, he could not get into his room because it was locked. “The property owner told me that I will not get my belongings and furniture until I pay,” said Chauke.

Another tenant who preferred to remain anonymous said: “Toilet doors were stripped down and we were locked inside the yard … if we were allowed to go out we would be given curfew.”

“They locked us in the yard like prisoners, we tried to negotiate with the landlord but she would not listen,” said another tenant, Reginald Malatsi.

The tenants opened a case of intimidation at the Bramley police station after they were threatened by bouncers sent by the landlord to demand money. Two of the bouncers got arrested but were released the next morning. “When we went to inquire about the case we were told that there was not enough evidence and so the case was closed,” said Chauke .

Sowetan tried to contact the property owner, Ester Bughai, but she said that she did not have time to comment. National Prosecuting Authority spokesperson Phindile Mjonodwane showed Sowetan the case docket in question.

Tahir Seema, a representative from the Gauteng Rental Tribunal, said: No evictions can take place with or without a court order during the lockdown period. This is in terms of lockdown regulations.”

Seema added that evictions done without a court order are illegal and the tenants are welcomed to lodge a complaint with the Gauteng Rental Housing Tribunal (RHT) for urgent relief.

“Complaints in this regard can be lodged via the RHT central email address – rentaltribunal@gauteng.gov.za. Once the matter is heard a ruling will be issued by the RHT that is equal to that of a magistrate’s court,” Seema added.

Are you facing unlawful eviction?