Evictions amid COVID-19, our social fabric could tear apart

If we are to come out of this lockdown without the stain of another massacre on our national conscience, the government needs to take decisive action against the brutal forms of policing that are increasingly generating anger and turning people against the state. 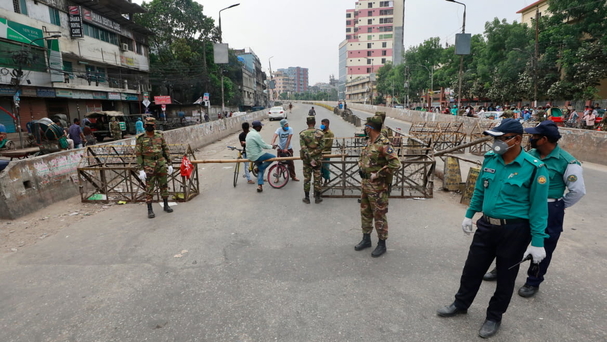 In the middle-class bubble, lockdown in Durban means much the same as it does for middle-class people the world over. Life seems to be organised around Zoom meetings, homeschooling and Netflix, and trying, without much success, to keep fit without being able to ride our bikes or go running.

But outside of the middle-class bubble, Durban is on a razor’s edge. For weeks now, it has been clear that many people have run out of food. Abahlali baseMjondolo, the city’s most powerful

grassroots organisation, is doing what it can for its members; and many religious organisations are doing sterling work too.

Millions of rands have been raised to feed the poor, but it’s never enough. Shopkeepers and grassroots leaders say that they can feel the tension in the air, and that it will just take one spark to set off a major food riot. If that happens, the great fear is that we will have another state massacre, another Marikana on our hands.

Another issue that has put the city on a knife-edge is that daily evictions, often accompanied by gratuitous state violence, are being carried out against shack dwellers. The city’s activists are all sure that the lockdown has, as we have also seen in Cape Town and Johannesburg, been used as a cover to mount a sustained attack on the city’s most vulnerable residents.

Abahlali baseMjondolo has been hit particularly hard with informal settlements affiliated to the movement being attacked on what seems to be a daily basis. There have been serious injuries and anger is at boiling point. It would be no surprise if the movement’s members felt that under the circumstances, they have no option but to return to the streets in their thousands. If this happens there is, again, the great fear of another state massacre.

Although the poor are always more vulnerable to any health crisis, we are all, rich and poor, vulnerable to Covid-19. We are all lucky that, unlike Thabo Mbeki or Donald Trump, we have a president who takes medical science seriously and has appointed the best doctors in the country to plan and manage our response to this crisis.

But lockdown means fundamentally different things for the middle-class and for the poor. There are people in the middle classes who face the loss of jobs or businesses and a real decline in their economic situation. But for many, the lockdown is largely just a matter of enduring a set of manageable frustrations. But for poor people, who often have no savings and can’t eat if they don’t work, the lockdown is a very different situation. Hunger places people in a desperate situation. The attacks on their already precarious homes radically compound the desperation.

At the same time as hunger is pushing people into deeper and deeper desperation, the ongoing evictions, and the state violence that accompanies them, is rapidly undermining popular consent for the lockdown and popular trust in the state. The social fabric could easily tear.

At the beginning of the lockdown, the state was impressively effective in its rapid roll-out of water to informal settlements that had previously not had access to water. It now needs to do the same, and with the same speed, with food.

It is absolutely vital that the national government must intervene to stop these evictions. They are unlawful, they put people at tremendous risk during the pandemic and they are rapidly turning the poor against the state.

The expansion to the grant system is a welcome development, as is the inclusion of progressive policy experts that allowed this to happen. But it won’t be enough to stave off a growing crisis of hunger. It is, therefore, equally vital that the full urgency of the situation is grasped and that food is immediately made available to the hungry. Hunger is not something that can be addressed via the usual bureaucratic process. It needs to be addressed immediately. And with emotions already running high, it is absolutely vital that ward councillors are not allowed to steal food, or to direct it to their own networks rather than on the basis of need.

At the beginning of the lockdown, the state was impressively effective in its rapid roll-out of water to informal settlements that had previously not had access to water. It now needs to do the same, and with the same speed, with food.

Along with the urgent need to stop evictions and to provide food to the hungry, there is a third imperative that must be taken seriously if we are to come out of this lockdown without the stain of another massacre on our national conscience: The national government needs to take decisive action against the brutal forms of policing that are increasingly generating anger and turning people against the state.

To his credit, President Cyril Ramaphosa has explicitly stated that the police and the army should see their role as offering social assistance in this crisis, and that they should not collapse into brutality. But social media is awash with images and videos of police brutality. Anger is running high and there is a real risk of serious conflict.

Ramaphosa impressed many with his decisive action against errant minister, Stella Ndabeni-Abrahams. He now, as a matter of urgency, needs to do the same with members of the police and the army who have been shown to have participated in the abuse and violence of ordinary people. Quick and decisive action will go a long way to restoring popular confidence in the state, and to reducing the risk of a breakdown in consent for the lockdown.

Plans are afoot to impose stricter lockdown rules in Durban while the rest of the country moves to a slightly moderated level four lockdown. This makes sense in light of the escalating rate of Covid-19 infections in the city. But if the issues of hunger, evictions and police brutality are not addressed, a stricter lockdown could result, in the days and weeks to come, in real social conflict.

The same level of expertise and the same degree of commitment that has been brought to the medical aspects of the current crisis now need to be brought in to resolve the questions of hunger, stop the evictions and stop the police brutality. The situation is urgent, and time and tide do not wait for bumbling bureaucracies. DM

* SD Law, aka Simon Dippenaar & Associates Inc., is a law firm of specialised eviction attorneys, and property lawyers, based and serving landlords and tenants in Cape Town, Johannesburg, and Durban.

Can a landlord evict you without 30 day notice?

Can a landlord evict you without 30 day notice?