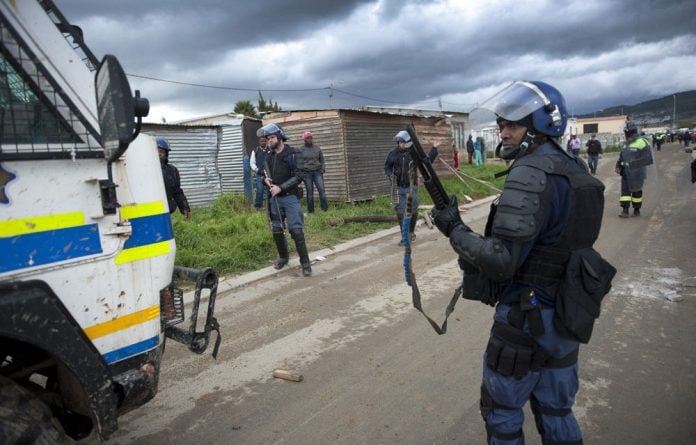 The Western Cape high court has found the City of Cape Town had acted illegally in launching evictions and demolitions on what it called “unoccupied dwellings” during the lockdown period.

The case, brought by the South African Human Rights Commission (SAHRC) and civic group Housing Assembly, was laid  after the city and its law enforcement evicted a naked man, Bulelani Qolani, from his shack at the Ethembeni informal settlement in Khayelitsha in July.

During that time South Africa was in level three of national lockdown to mitigate the spread of the coronavirus.

Under lockdown regulations, no evictions can take place. But the city argued the regulations did not preclude dwellings that were not occupied.

In its case, the applicants cited examples in Hangberg, Ocean View, and Khayelitsha, where law enforcement and the city’s anti-land-invasion unit (ALIU) had evicted people and torn  down their homes during the coronavirus outbreak. This, they said, exposed people to the virus.

In the judgment, high court Judge Yasmin Meer, with Judge Rosheni Allie concurring, likened the eviction of Qolani as “reminiscent of apartheid-era brutal forced removals”. She said that law-enforcement officers determined, without a court order, that homes on occupied land should be demolished.

In the judgment in the application in two parts, Meer ruled that the city and the ALIU were interdicted from demolishing or evicting anybody from any shack, hut, tent or dwelling for the duration of the national state of disaster, except when a court order is obtained.

The order reads that, if court permission is granted for any eviction, law enforcement or any contractor appointed by the city should undertake to execute the eviction in a manner that upholds the dignity of the evicted people. They are also prohibited from using excessive force or from confiscating the personal belongings of individuals.

The South African Police Service has also been ordered to ensure that, if they are present, all national laws are obeyed in conformity with the Constitution.

Further down in the judgment, the court was scathing of the City in how it decided whether a dwelling was unoccupied.

“The applicants contend that the City’s position that the ALIU is entitled to demolish structures it has determined unoccupied solely by sight … City officials, in their own discretion, decide whether a structure is occupied and no provision is made for a person affected by the decision to have recourse to a court before the structure is destroyed … Occupiers are deprived of their possession of the structures by City officials who sit in judgment of their own cause.

“The City has in my view not provided a substantial response to the charge of the applicants … that the ALIU determines which dwellings are unoccupied and singled out for demolition in an arbitrary, capricious, and unfettered manner,” Meer’s ruling reads.

The ruling sided with the SAHRC and Housing Assembly’s contention that current ongoing land occupation is being driven by homelessness, poverty and desperation.

This is in contrast to the City claiming on several occasions that land occupations are being driven by political characters.

“It is the poorest of the poor, the downtrodden, and unemployed who seek refuge in informal settlements and erect structures to provide shelter,” the judgement reads.

“This is especially so during catastrophic times we are forced to endure while the coronavirus pandemic rages,” it adds.

The court has also declared that although confiscated possessions of evicted people must be returned to them, compensation for the loss of personal possessions should also be paid to individuals who have suffered.

“Compensation for loss of personal possessions in the sum of R2 000 per person would be fair in all circumstances. A list of names of affected persons must be provided to the City.”

The court ruling could have far-reaching consequences throughout the country as municipalities worry about ever-increasing lockdown homelessness and land occupations.

The national department of human settlements, which was a respondent in the case, said it had supported the SAHRC’s efforts to prevent the city from evicting people.

“The department’s views are aligned with the council and with section 26 of the Constitution, [the] Disaster Management Act and lockdown regulations. Arbitrary evictions are illegal: a court order must be sought and must be given effect. Without a court order, after people have lived in a space for over 48 hours, then evictions are illegal. This requires vigilance on [the part of] municipalities but, most importantly, a proper plan for urbanisation and the urban poor,” said department spokesperson Yonela Diko.

Are you affected by this or other eviction issues?