Durban – eThekwini Municipality welcomed the decision by the Durban High Court to dismiss Abahlali BaseMjondolo’s application to stop evictions in informal settlements during the Covid-19 lockdown. 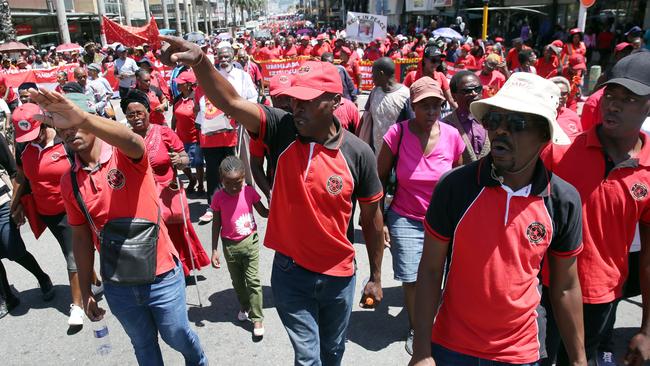 Evictions have been ongoing at the Ekuphumeleni settlement in Mariannhill and the Azania settlement in Cato Manor over the last few weeks.

This is despite calls by the shack dwellers movement for the city to place a moratorium on evictions during the 21-day lockdown.

The municipality said they were pleased with the judgment, saying the application was full of disinformation which had sought to tarnish the city’s image.

Municipal spokesperson Msawakhe Mayisela said the Metro Police had, on numerous occasions, urged Abahlali to refrain from encouraging and condoning land invasions. He said land invasions were rife in the city, and they were a hindrance to much-needed service delivery.

Mayor Mxolisi Kaunda said he was happy the municipality had been vindicated by the court.

However, he said it was unfortunate that while the country was battling the spread of Covid-19, some groupings were trying to capitalise on the situation.

Kaunda urged those involved to respect the laws of the country.

“As this sphere of government, we will unwaveringly clamp down on any unlawful conduct, including land invasion,” he said.

Kaunda said resources had been mobilised to provide shelter for over 4000 homeless people across the city.

He said the city had ensured that they met the needs of all residents living in informal settlements, hostels and transit camps to protect them against contracting the virus.

“Why would we then demolish shacks that are occupied by the poorest of the poor? We still maintain that shacks that were demolished recently, were unoccupied, some of which were partially built, and we acted within the ambit of the law,” said Kaunda.

He said against all odds, the city would eventually restore the dignity of all residents in informal settlements whether affiliated to Abahlali or not.

“Residents are called upon to report to the authorities without fail, any signs of land invasion, where they rear their ugly heads,” said Mayisela.

Abahlali leader S’bu Zikode said they were disappointed by the outcome of the application, and were worried about what would happen as the lockdown continues.

“People are really scared. They don’t know what will happen tonight, or tomorrow, or the next day. We all fear that there will be more violence,” said Zikode.

He said the situation they suddenly found themselves in was very uncertain, as it was unusual not to win an application for an interdict against evictions.

Zikode said the judge was not convinced that the shacks were occupied despite photographs showing beds, mattresses and other furniture scattered between destroyed shacks.

“We cannot accept that people can be subjected to state violence or made homeless under any circumstances, but state violence and evictions became particularly urgent during this time of a worldwide health crisis in which impoverished people are most at risk,” said Zikode.

Zikode said Abahlali would focus all their energy on finding ways to keep organising in the face of violence from a “gangster” municipality.